Alozaina town, part of the Sierra de las Nieves in Malaga where the Mozarabic spirit and the legend of María Sagredo lives on.

Alozaina is located 54km from Malaga capital with a population of 2.052 inhabitants. The municipal term has a dimension of almost 34km square.

The origin of the name Alozaina

The name of the town comes from the Arabic and means <small castle>.

Demonym of the people  of Alozaina

The inhabitants are named “Pecheros”.

Jorox, a small village with about 24 inhabitants that belongs to the town of Alozaina, stands out for its beautiful green valley favored by the Mediterranean climate. We highlight its large network of irrigate ditches of Arab origin that were built to irrigate nearby orchards and move the ten old mills in the area of which remains are preserved but in private hands. The fauna and flora of the Jorox Valley is due to its abundance of water, the inhabitants do not remember any moment where their spring has lost its flow even in times of drought. If you are in the Sierra de las Nieves area and pass through Jorox, it is worth a short stop to enjoy its caves, trails, ditches and of course its waterfall. 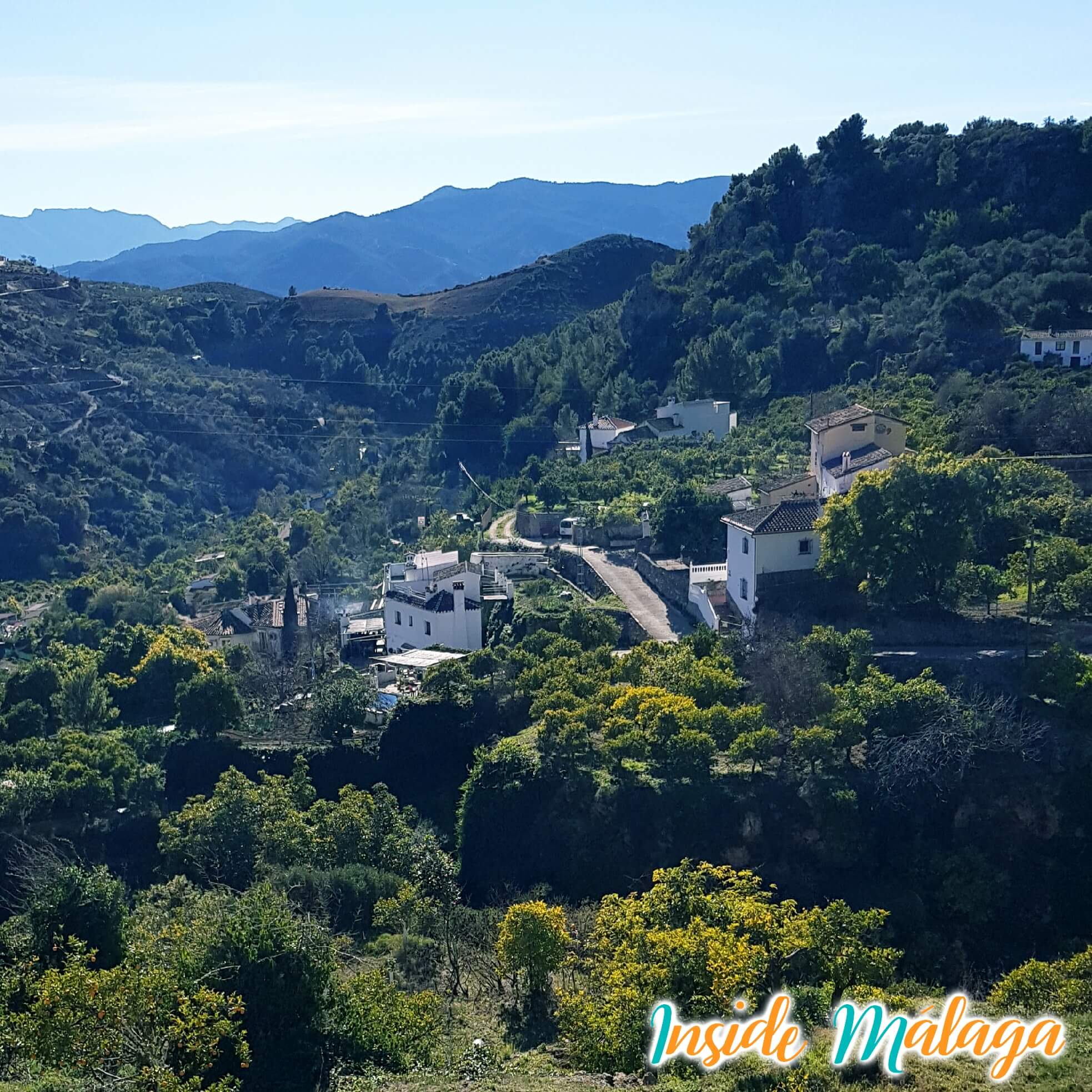